Life of Moses is my first attempt at reading a work by the early church fathers. It was written by St. Gregory of the small town of Nyssa in Cappadocia, a region in present day Turkey. Gregory lived during the last days of the Roman empire (born AD 335, died AD 395). The Christian emperor at the time, Theodosius, was the last emperor to rule over a united Western/Eastern Roman empire. Gregory participated in many of the church councils to settle doctrinal disputes. Gregory was one of the voices that ultimately established the orthodoxy of the Trinity.

I have always wanted to go back to source documents when it comes to Church history. As a Latter-Day Saint, we often claim the Reformation as our heritage praising the efforts of Luther and Wycliffe, but all the intervening history is brushed off as apostasy. After returning from my mission to Germany, I began reading deeply by LDS authors, including James E. Talmage’s The Great Apostasy. It is a stunning book, but the lens through which is interprets the history of the early Christian church is very pessimistic. When the Church became “wrapped in the legitimacy of the state”, the forces of wealth and power ultimately brought the Church to an irreconciliable low from which it could not recover its lost purity. I also read the works of Hugh Nibley including Temple and Cosmos and Tinkling Cymbals and Sounding Brass. Nibley has this amazing ability of synthesis, pulling together texts from multiple eras and religious traditions to reconstruct the unity of the faith. Nibley seems to take very seriously the Mormon belief in dispensations, that the gospel of Jesus Christ has been on the earth since the days of Adam, and every religious tradition preserves elements of that ur-faith.

I have made previous attempts at reading works by the Church fathers, starting with Clement, but was never able to make it all the way through. I’m coming back to try again. 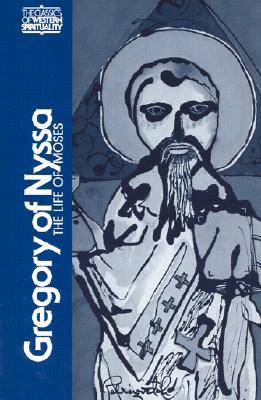 With Life of Moses, Gregory takes the Old Testament account of Moses, his youth in Egypt, his sojourn in the wilderness, the ten plagues, and the freeing of the Israelites, as a spiritual metaphor for the Christian life. In Mormon lingo, it’s one big object lesson. Perhaps a scholar today might cringe a little at some of his interpretations? But most Mormons are very familiar with efforts like these: if the scriptures are the lodestone of revelation, then I need to be pulling personal meaning out of every verse. To Gregory, every single element of Moses’s life is a symbol. Take for example the army of the Egyptians chasing the Israelites towards the Red Sea:

For who does not know that the Egyptian army– those horses, chariots, and their drivers, archers, slingers, heavily armed soldiers, and the rest of the crowd in the enemies’ line of battle–are the various passions of the soul by which man is enslaved? For the undisciplined intellectual drives and the sensual impulses to pleasure, sorrow, and covetousness are indistinguishable from the aforementioned army. Reviling is a stone straight from the sling and the spirited impulse is the quivering spear point. The passion for pleasures is to be seen in the horses who themselves with irresistible drive pull the chariot.

I found this got a little tedious in places. It’s was a little difficult to get through the whole thing, and I tend to avoid interpretations of the text similar to Gregory’s (although The Hidden Christ: Beneath the Surface of the Old Testament is an amazing book by an LDS author who pretty much does the same thing). It was also interesting to see where our theology diverged. For instance, Gregory goes to great lengths in clarify the passages where Moses supposedly saw God. It was actually just code for how he came to know the mystery that no one can see God. After finishing the book, I can’t say I appreciated the book for any devotional content. The book feels a little too didactic. But as a historical work, it is a fascinating piece into the development of Christian theology. I will continue to try my hand at reading original texts from early Christian fathers.