G. K. Chesterton’s Robert Louis Stevenson is another biography that isn’t a biography. It’s more of a work of literary criticism for a man Chesterton perhaps didn’t always agree with all the time, but certainly held in deep respect. Chesterton finds common ground with Stevenson in what he refers to as the “sharp edges” of his characters and plots: a freshness, simplicity, and aliveness that perhaps to some comes off as gaudy and pompous. Stevenson was a romantic.

The book gets weighed down in parts where Louis is taking a jab at some of his contemporaries that have long since been forgotten. Some pages went by that were almost uninterpretable for me. But on the whole, this is another great biography by Chesterton. I wouldn’t recommend this as a first if you haven’t read Chesterton before. I would try some of his fiction like Manalive or for a more theological work Everlasting Man. Then I would read Heretics or Orthodoxy to get an idea of his style of literary criticism before tacking Robert Louis Stevenson.

1928. G.K. Chesterton was a journalist, poet, novelist, playwright, debater, and Catholic apologist in the early twentieth century. When Stevenson first appeared, Sir Edmund Gosse, England’s leading literary critic, wrote: I have just finished reading the book in which you smite the detractors of R.L.S. hip and thigh. I cannot express without a sort of hyperbole, the sentiments which you have awakened; of joy, of satisfaction, of relief, of malicious and vindictive pleasure. We are avenged at last…It is and always since his death has been impossible for me to write anything which went below the surface of R.L.S. I loved him, and still love him, too tenderly to analyze him. But you, who have the privilege of not being dazzled by having known him, have taken the task into your strong competent hands. You could not have done it better. The latest survivor, the only survivor, of his little early circle of intimate friends thanks you from the bottom of his heart. 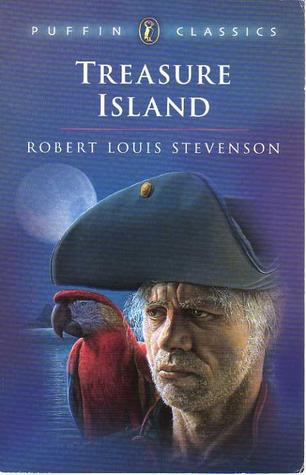 I picked up Robert Louis Stevenson after going through Chesterton’s bibliography and taking note of the titles I had not yet read. Robert Louis Stevenson caught my eye, because while I don’t know a lot about Stevenson as a person, I have read both Treasure Island and Dr. Jekyll and Mr. Hyde. Treasure Island was one of the first “classical” books I read as a child, first as a simplified Illustrate Classics edition with pictures and all, and a bit later when I got my first set of Puffin Classics alongside other titles like White Fang and Twenty Thousand Leagues Under the Sea.

Chesterton once again has written a biography without sticking to any strict standards of historical accuracy– but has good reasons for choosing not to do so. In his introduction called “The Myth of Stevenson”, Chesterton details how many critics of Stevenson had dismissed him as so much childishness, and Stevenson had been overanalyzed and debunked so many times that it had become so much fodder. Stevenson wanted to try to different approach to try to show why Stevenson was significant:

This book makes no pretence of being even an outline of the life of Stevenson. In his particular case I deliberately omit such an outline, because I find that it has cut across and confused the very sharp and lucid outline of his art…

In short, I propose to review his books with illustrations from his life; rather than to write his life with illustrations from his books. And I do it deliberately, not because his life was not as interesting as any book; but because the habit of talking too much about his life has already actually led to thinking far too little of his literature. His ideas are being underrated, precisely because they are not being studied separately and seriously as ideas. His art is being underrated, precisely because he is not accorded even the fair advantages of Art for Art’s Sake.

And he’s true to his word. You actually hear very little about his life at all. I got the idea that he was an invalid, and he travelled to a lot of foreign places for his health– but those travels ultimately became the settings for his adventure stories.

And what did Stevenson represent to Chesterton then? In summary, RLS was a rejection of the pessimistic mood of the times that was consciously romantic in form and subconsciously Christian in nature. I like this description that captures the heart of it:

Familiarity had dulled the divine paradox that we should learn morality from little children. He advanced the more disturbing paradox that we should learn morality from little boys. The young child who should lead us was the common (or garden) little boy: the boy of the catapult and the toy pistol–and the toy theatre. Stevenson seemed to say to the semi-suicides drooping round him at the café tables; drinking absinthe and discussing atheism: “Hang it all, the hero of a penny-dreadful play was a better man than you are!”

I appreciate how Chesterton can capture the essence of a man so beautifully. I remember an English teacher warning us students to avoid speculating “what the author meant”, but Chesterton doesn’t shy away from such a task at all. Every review is an interpretation, and Chesterton owns it.