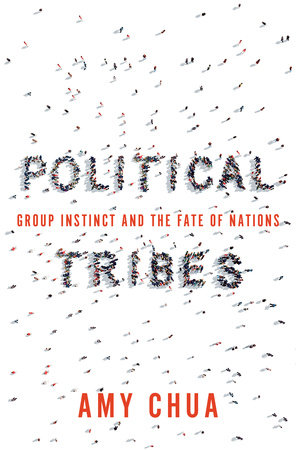 Humans are tribal. We need to belong to groups. In many parts of the world, the group identities that matter most – the ones that people will kill and die for – are ethnic, religious, sectarian, or clan-based. But because America tends to see the world in terms of nation-states engaged in great ideological battles – Capitalism vs. Communism, Democracy vs. Authoritarianism, the “Free World” vs. the “Axis of Evil” – we are often spectacularly blind to the power of tribal politics. Time and again this blindness has undermined American foreign policy.

In the Vietnam War, viewing the conflict through Cold War blinders, we never saw that most of Vietnam’s “capitalists” were members of the hated Chinese minority. Every pro-free-market move we made helped turn the Vietnamese people against us. In Iraq, we were stunningly dismissive of the hatred between that country’s Sunnis and Shias. If we want to get our foreign policy right – so as to not be perpetually caught off guard and fighting unwinnable wars – the United States has to come to grips with political tribalism abroad.

Just as Washington’s foreign policy establishment has been blind to the power of tribal politics outside the country, so too have American political elites been oblivious to the group identities that matter most to ordinary Americans – and that are tearing the United States apart. As the stunning rise of Donald Trump laid bare, identity politics have seized both the American left and right in an especially dangerous, racially inflected way. In America today, every group feels threatened: whites and blacks, Latinos and Asians, men and women, liberals and conservatives, and so on. There is a pervasive sense of collective persecution and discrimination. On the left, this has given rise to increasingly radical and exclusionary rhetoric of privilege and cultural appropriation. On the right, it has fueled a disturbing rise in xenophobia and white nationalism.

In characteristically persuasive style, Amy Chua argues that America must rediscover a national identity that transcends our political tribes. Enough false slogans of unity, which are just another form of divisiveness. It is time for a more difficult unity that acknowledges the reality of group differences and fights the deep inequities that divide us.

By the way, I realized I’m really bad at this book review thing. It’s not really a review, and perhaps I’ll never get out of the show-and-tell approach I take. I begin with how I found the book, what I expected going into it, a lot of random thoughts and tangents I found while reading it, and a few favorite passages form the book. I may not even really “review” it. Maybe I’ll learn eventually?

This is a beautiful book that needs to be read. I wrote the Goodreads blurb so I wouldn’t need to rehash a lot of the ideas. I believe this book pupped up on my Goodreads recommendations after I read Hillbilly Elegy, a book examining the light of working class white Americans perhaps indirectly shedding light on the current state of the Republican party. What that book did implicitly, this book did explictly, examining the rise of almost tribal politics on both the left and the right. The book starts with a “problem statement”:

Humans are tribal. We need to belong to groups. We crave bonds and attachments, which is why we love clubs, teams, fraternities, family. Almost no one is a hermit. Even monks and friars belong to orders. But the tribal instinct is not just an instinct to belong. It is also an instinct to exclude.

With this seemingly simply premise, Chua explains how American foriegn policy and the current political situation stems from a fundamental misunderstanding of the role of tribalism: either by underappreciating it or totally ignoring it.

We didn’t get Vietnam right, because we framed it in the context of a world clash of Communism versus Democracy and ignored the tribal dynamics of a dominant Chinese minority and the millennia-old conflict between China and Vietnam (in fact, we thought Vietnam was a pawn of Communist China!)

We didn’t get Afghanistan right because we ignored the tribal dynamics of Pashtums, Tajiks, Uzbeks, and Hazaras. Instead, we indirectly contributed to the building of the Taliban, a Pashtun-dominated organization meant to restore Pashtun power.

We didn’t get Iraq right because we thought we could just “bring democracy” and it would resolve any conflicts automatically. Instead, a vengeful Shia majority would target the long-dominant Sunnis, and the alienated Sunnis would go on to build ISIS.

And now, the America that once promised to overcome divides, has a type of politics now entirely defined by differences rather than seeking common ground.

As usual, I wanted to try to pull out a few references that came to mind while reading this book. First, I am always surprised at America’s seeming optimism in exporting democracy and expecting it to just automatically work. One of my go-to books for political philosophy now is “The Anthology of Conservatism”, and one of the mainstays of conservative thought is the appreciation for the historical differences in the building of institutions:

Perhaps we need to re-think our approach? It seems we’ve been more a de-stabilizing force more recently than resolving conflicts. There were some positives in our foreign policy, but some were major disasters. We need to recognize the historical and cultural realities rather than just blanket-exporting democracy. Check out a previous post of mine on the scandal of particularity that seems relevant here as well.

While reading this book, I also got into a debate with a more (well very) liberal-leaning friend about the feasibility of a government spanning the entire world– which, to him, seemed would be much more efficient, and we’re headed in that direction anyway. To me, this just reeks of utopias gone wrong like Brave New World, and seems to underestimate the roles of individual identities and tribes– the basic premise of this book. It recalled to mind the discussion of empire in Sapiens by Yuval Harari:

Since 200BC, most human have lived in empires. It seems likely that in the future, too, most humans will live in one. But this time the empire will be truly global. The imperial vision of domination over the entire world could be imminent.

As the twenty-first century unfolds, nationalism is fast losing ground. More and more people believe that all of humankind is the legitimate source of political authority, rather than the members of a particular nationality, and that safeguarding human rights and protecting the interests of the entire human species should be the guiding light of politics. If so, having close to 200 independent states is a hindrance rather than a help. Since Swedes, Indonesians, and Nigerians deserve the same human rights, wouldn’t it be simpler for a single global government to safeguard them?

While reading all these examples of tribal-based conflicts, it reminded me of a discussion in Messy: The Power of Disorder to Transform Our Lives by Tim Harford that pointed out the power of individuals who span groups:

A second lesson emerges from the work of de Vaan, Stark, and Vedres on how networks of different teams were able to come together and produce excellent computer games: we should place great value on the people who connect together disparate teams. These are not just Erdős-style free spirits, but people who have worked intimately with more than one group, whom several teams regard as “one of us.” Rather than play a mere bridging role, they sit in the intersection of the Venn diagram. They are both bridging and bonding simultaneously. “The role of these people is to knit together the teams and to build trust,” says Balázs Vedres.

We need to have people who can bridge divides. Everyone can contribute to this by getting to know in person people from different “tribes” whether they be on the right or the left. And that is one of the main recommendations Chua makes in her Epilogue to being healing America’s divide. It’s a good start, and I hope we can get the ball rolling on this.

Chua has a beautiful ending with two elements that just blew me away. The first was using the recent musical Hamilton as a symbol of the kind of America we want to build:

Hamilton doesn’t deny American racism or injustice. On the contrary, the pointed casting draws attention to those historically excluded from center stage in the nation’s creation, and reminds us that America’s ideals always far exceeded its reality. But the play is also a reminder that this country’s history is built on principles that transcend their time. It testifies to the aspiration that every American, regardless of ethnicity or race, can embrace the nation’s history and identity as his or her own. It gives voice to an America that is not rooted in blood or parentage, that is open to people of all different ethnicities, and that allows—indeed, gains strength from allowing—all those subgroup identities to flourish. It speaks for the idea of America as a super-group.

It acknowledges that we don’t always reach our ideals, but those ideals are still worth seeking after. We can’t deny our past, but we can’t give up on the goals we set from the outset.

The second was Langston Hughes’ beautiful poem “Let America Be America Again”. It is written in the form of a dialogue:

Let America be the dream the dreamers dreamed—
Let it be that great strong land of love.

(It never was America to me.)

Say, who are you that mumbles in the dark?

I am the poor white, fooled and pushed apart,
I am the Negro bearing slavery’s scars.
I am the red man driven from the land,
I am the immigrant clutching the hope I seek—
And finding only the same old stupid plan
Of dog eat dog, of mighty crush the weak.

O, let America be America again—
The land that never has been yet—
And yet must be—the land where every man is free. . . .

O, yes,
I say it plain,
America never was America to me,
And yet I swear this oath—
America will be!

So let’s keep building a better America together.

One thought on “Book review of “Political Tribes: Group Instinct and the Fate of Nations””