To continue the Chesterton mood, I picked up another one of his biographies of a lesser-known individual, at least among Americans. Lord Kitchener. Again, to comment on Chesterton’s unique approach to biographies, rather than stick tot he chronological narrative of his subject’s life, Chesterton tries to capture the “spirit” of Kitchener, or the spirit of Aquinas. And he usually is also very positive about it, picking out traits that he admires. Almost like he’s picking out the saints of his own life.

Kitchener’s public life, or at least his rise in fame, began in 1898 when he secured control of Sudan (or the Soudan, as it was referred to throughout Chesterton’s biography). For the typical American high school student, British history ends with the War of 1812 and picks up again during World War I– at least, once the Americans decided to enter the war. I will admit that these events were unfamiliar to me. Also influential in the Boer war– but I didn’t even know who the Boer’s were! I had only heard references to it in shows like The Crown. 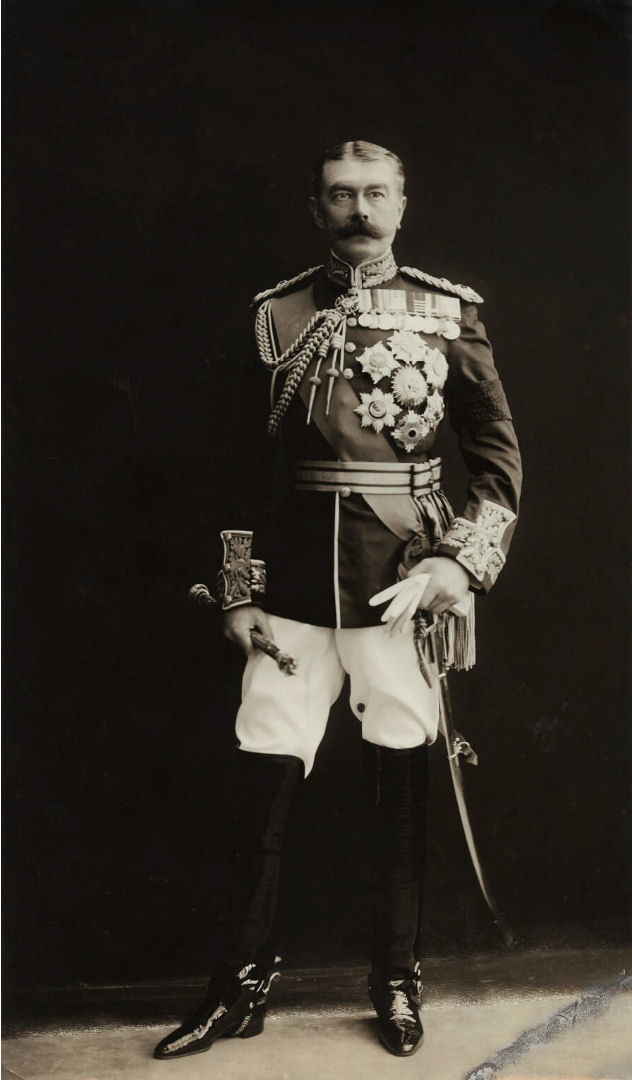 What traits did Chesterton find admirable in Lord Kitchener? He seems an odd choice for Chesterton, considering his usual spiritual and literary bent. Kitchener was a military man. But Chesterton uses him as a heroic symbol of the Englishman:

There is something almost provocative to superstition in the way in which he stands at every turn as the symbol of the special trials and the modern transfiguration of England; from this moment when he was born among the peasants of Ireland to the moment when he died upon the sea, seeking at the other end of the world the other great peasant civilisation of Russia. Yet at each of these symbolic moments he is, if not as unconscious as a symbol, then as silent as a symbol; he is speechless and supremely significant, like an ensign or a flag. The superficial picturesqueness of his life, at least, lies very much in this — that he was like a hero condemned by fate to act an allegory.

He was one of the best peacemakers, always finding a way to be friends, or at least friendly to the perceived enemy and a talent for resolving conflicts:

He could not only take counsel with his friends, but he was abnormally successful in taking counsel with his foes. It is notable that whenever he came in personal contact with a great captain actually or potentially in arms against him, the result was not a mere collision but a mutual comprehension. He established the friendliest relations with the chivalrous and adventurous Marchand, standing on the deadly debatable land of Fashoda. He established equally friendly relations with the Boer generals, gathered under the dark cloud of national disappointment and defeat. In all such instances, so far as his individuality could count, it is clear that he acted as a moderate and, in the universal sense, as a liberal.

The other unique trait in Kitchener was that he didn’t harden in his prejudices with age. His opinions changed and matured, and when put in new situations, he didn’t resort to old habits to solve them:

Though the reverse of vivacious, Kitchener was very vital; and he had one unique mark of vitality — that he had not stopped growing. “An oak should not be transplanted at sixty,” said the great orator Grattan when he was transferred from the Parliament of Dublin to the Parliament of Westminster. Kitchener was sixty-four when he turned his face westward to the problem of his own country. There clung to him already all the traditional attributes of the oak — its toughness, its angularity, its closeness of grain and ruggedness of outline — when he was uprooted from the Arabian sands and replanted in the remote western island. Yet the oak not only grew green again and put forth new leaves; it was almost as if, as in a legend, it could put forth a new kind of leaves. Kitchener, with all his taciturnity, really began to put forth a new order of ideas. If a change of opinions is unusual in an elderly man, it is almost unknown in an elderly military man. If the hardening of time was felt even by the poetic and emotional Grattan, it would not have been strange if the hardening had been quite hopeless in the rigid and reticent Kitchener. Yet it was not hopeless; and the fact became the spring of much of the national hope. The grizzled martinet from India and Egypt showed a certain power which is in nearly all great men, but of which St. Paul has become the traditional type — the power of being a great convert as well as a great crusader.