I added this one to my reading list after I found it in the references of a compelling article at Times and Seasons on the development of the LDS hymnbook. The LDS Church recently announced that they are beginning the process of compiling a new hymnbook, and the documented history of how hymns have been selected in the past is fascinating. Of particular interest are two sets of tensions in the selection process: first, the desire to include moving hymns from mainstream Christianity balanced against a desire to include hymns that highlight the restored truths unique to Latter-Day Saints; and second, the tastes of the musically oriented (and occasionally snobbish) Church members and those who like the familiar and the rousing types of songs.

But A Firm Foundation documents much more than the changes within the LDS hymnal, and includes topics everywhere from the development of the First Presidency, the role of the Seventy, Church correlation, and the development of the young men and young women’s programs. Being born in the nineties, I had always assumed the Church was one monolithic entity, and that things were the way they had always been. I remember my utter surprise when I learned that Church hadn’t always been three hours on Sunday, and that meetings were split up during the week. Of course if you were confident that things never changed in the Church, recent years have also done away with things previously considered almost sacred– like the missionary age of 19, or the dichotomy of the elders and high priests quorums. This books demonstrates that the Church is still a work in progress. As the Young Women’s President Ardethe Greene Kapp is quoted in one essay as saying, “everything that has been done before was right for that time… [and I have been] building on the foundation of those who had done a wonderful job before me.” It reminded me of a quote from another book I read recently about the flexibility of the Mormon faith:

Notions of restored truth, authority, and order, based in models both of Old Testament prophecy and New Testament apostolic witness, constitute the creative model out of which the LDS church has adapted itself over time. Moreover, they define the outside limit of what may be changed. They comprise both the boundary and content of Latter-day Saint identity in a sense of separateness from non-Mormons and sameness of being Mormon. Everything else is relatively fungible, making the Church extraordinarily adaptable and identifiable at the same time. 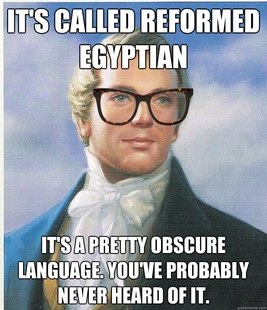 While the essays are written in a very formal and academic fashion, most are written with the underlying assumption that the Church is a divine institution, a unique niche that probably limited to publications from BYU. For instance, the conclusion of the essay on the role of Seventies states “the growth and unfolding organization of the Seventy are visible evidences of continuing revelation. As the needs of the Church change, inspired leaders will receive divine guidance in meeting them.” While not an appropriate statement in secular academic journals, it is probably aimed at a mostly LDS audience.

My favorite essay in the whole book was the first by the well-known LDS historian Richard Bushman, author of Rough Stone Rolling. The essay Joseph Smith and Power examined the source of LDS legitimacy in the eyes of its members, using the interpretive structure of German sociologist Max Weber. Weber breaks sources of legitimacy into types, the two at play in the Church being charisma and bureaucracy. While Joseph Smith did rely on his charisma as a living prophet of God to start the Church, he also combined it with a priesthood structure that was very bureaucratic. Bushman argues that the charismatic nature of the Church today acts as a check on power within the Church today:

I would argue that the preeminent check on Church power is charisma itself. Paradoxically, the very factor that seems to underlie authoritarianism in the Church is also the chief restraint on power. Church leaders at every level from top to bottom are believed to act on behalf of God. In the minds of the people, that is the source of their legitimacy. They are not elected to office, nor do they inherit their positions; they receive a call from the heavens. Their authority, therefore, is essentially godly….

In the Church, the bishop must act as an emissary of God. Those are the moral terms of power. The people expect it of him, as anyone thrust into this office knows. They may not set these terms vocally, but the stake president does when the call is issued. Actually, little has to be said because the person called immediately knows what is expected. “I am not worthy” is often the response when a call is issued. The moral demands of the office are higher than most men feel they can meet. They operate in the bishop’s own mind without a word being uttered. He also knows they work in the minds of his congregation. They expect him to receive revelation on their behalf, to visit them when ill, to counsel them during marital trials, to inspire their young, and to watch over their moral development. The implicit moral demands are immense, and everyone, most of all the bishop, knows this. If he falls down, he will have failed in his office as surely as a CEO whose stock drops. Those expectations act as a far more powerful check on authority than any constitutional limitations. One need only compare the record of abuses of power in the Church to the same record in any branch of civic government to recognize the effectiveness of the moral terms of power.

Most of the other essays do little of the interpretive and analytical work that Bushman puts into his, and remain at the level of merely recounting history. There were a few unique ones even in this category, including one on how members in Germany kept the Church alive and well during World War II despite being cut off from Salt Lake City and the German draft. I also liked the essays that were biographical in nature, in particular, less remembered characters including Elder N. Eldon Tanner, Joseph Merrill (a founder of the modern seminary system) and Sister Aurelia Rogers (founder of primary).

I feel better for having read the book, as it helps to frame where we have been as a Church. We too often tell our story as if Joseph Smith revealed everything as a complete package, and that is demonstrably false. It confuses members when they encounter a bit of Church history that defies their current conception of the Church, and every member would do well to read a little bit more Church history.