I picked up Textual Studies of the Doctrine and Covenants from a favorite publisher of mine, Greg Kofford books. The topic matter at hand, plural marriage, always nags in the background of Mormon consciousness, but we often don’t seek to confront it head-on. I liked this note on the editing out of polygamy in Church teaching materials:

Several selections in the manual [were] altered from ‘wives’ to ‘wife’ in an effort to remove references to polygamy . . . one could read . . . and never know [Young] was a polygamist.

Polygamy was associated with “deep doctrine” and other un-touchable taboo topics that would occasionally come up in discussions with an older church member. But as a kid, your knowledge only came in bits and pieces. I did know that it made my mom angry though: when brought up, she would even question Joseph Smith’s calling as a prophet (making me severely uncomfortable), and other times would threaten to come back and haunt my dad if he were to marry another wife after she passed away.

You get a short primer on polygamy as a missionary, but just enough to deflect comments from investigators. Missionaries are taught that most tough issues are best not addressed directly, instead hinging all issues on the divinity of the Book of Mormon which is something they can directly receive an answer to if they pray. I had my share of investigators bring up polygamy to my chagrin, and I usually had no better answer than, we don’t do that anymore.

I have read a few books that tangentially address polygamy, such as Kathleen Flakes book on the seating of Senator Reed Smoot. But William Smith’s book is the first book I have read that takes the issue head-on. I am grateful to have more sources that address these issues in an honest way, without attempting to cover it up with devotional purposes. Faith needs to be tough enough to handle truth. If Catholics have been able to grapple with the Crusades and Anglicans with Henry VIII, then we should be able to talk about polygamy without having a fit.

A note, this is not the Joseph Smith portrayed in seminary videos and Joseph Smith: Prophet of the Restoration. But it isn’t trying to take a swipe at his character, either. It is a scholarly work, and lets Joseph and his contemporaries speak for themselves. The more I read, you realize two things (1) people were just different back then, and (2) Joseph Smith was a complex person. I liked this quote that highlighted a general difference in approach between now and then: 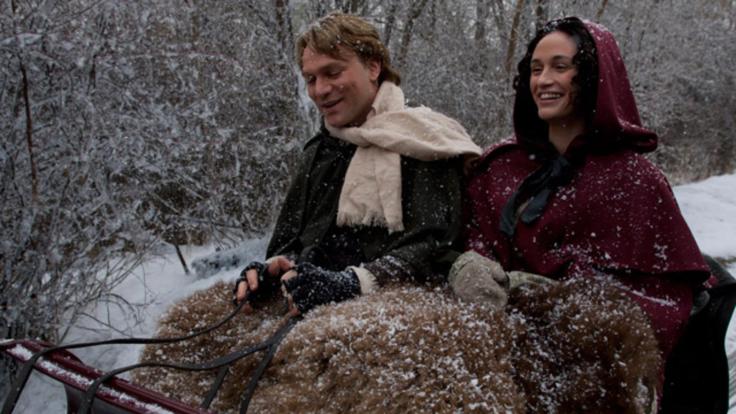 While there is a natural modern reluctance to engage the remarkable frankness of the nineteenth century, the legacy of that frankness undergirds the Mormon heaven discourse of the present day.

The book brings the tension between Joseph and Emma to the forefront. D&C 132 was a letter from Joseph to Emma with the intention of gaining her acquiescence to the practice of polygamy. Well, it was actually at Hyrum’s bidding; Joseph already knew that Emma would have none of it: “you do not know Emma as well as I do.” Just look at this exchange between Joseph and William Thompson:

I had some business with him [Joseph Smith]; he and his family was eating dinner, Sister Emma, Mother Smith & Young Joseph was present & some others that I did not know. Brother Joseph and Emma was talking about the Mornings Sermon. Emma said that he had made some statements that the Brethren & Sisters thought aplied to her that was not very complimentary she said she wanted him to apologise or explain in the afternoon after some talk backwards & forwards Between Joseph Emma & others at the Table, Bro Joseph Looked at me where I was sitting In the south part of the house he said Looking at me at the same time pointing his finger at Emma & said that there woman was the greatest Enimy I ever had in my Life. yes said he again that there woman was the greatest Enemy I ever had in all my Life & my Bro Hyrum was always my best friend.

Emma has an interesting place in contemporary Mormon discussion. Some may not even be aware of any differences of opinion between Joseph and Emma, at least as it is portrayed in Prophet of the Restoration. My first real encounter with the spiritual tension surrounding Emma was on my mission when I heard Nashville Tribute to the Prophet Joseph Smith’s song about Emma:

Never had an ordinary day,
never lived your life in an ordinary way.
For everything you loved you paid a price
but you couldn’t let the world see you cry.

Never had a moment of peace,
never felt the sun when the worries set you free.
Every time your life turned a page
seemed like your heart might break.

Unfortunately, there isn’t much source material on Emma, and we don’t get to hear much of her perspective other than from outside observers. And clearly, Emma was not a fan of Joseph proposing to other girls in town.

Another aspect that some Mormons may not be aware of is that “family history work” as it exists today was not a thing. Because the Saints believed the Second Coming was imminent, and there were worries about imperfections in correctly identifying family trees, it was best to try to get adopted by a well-known Church leader who was sure to be saved. This resulted in dynastic kingdom-building that is fleshed out well in the book.

The secrecy surrounding polygamy was one aspect that set it up for intrigue, failure, and eventually the death of Joseph Smith. Joseph himself had a hard time keeping the cat in the bag. When a Mormon in the know tried to propose to a woman who wasn’t aware of polygamy, Joseph had to outwardly condemn the action while reassuring practicing polygamists that all was well.

William Smith does an excellent job outlining how current practice is still influenced by the early teachings of polygamy. It is still a part of who we are. We can’t ignore it, but we shouldn’t try to hide it either. I am glad to learn a little bit more about this touch-ey subject in our past.