Godless Morality is, perhaps surprisingly given its title, written by Richard Halloway, Bishop of Edinburgh. The book was another well-calibrated recommendation from my Goodreads page. The title both intrigued me and perhaps disgusted or frightened me. A book written by a Bishop suggesting we take God out of ethics? It sounded like a wolf in sheep’s clothing, a bishop who had lost his faith and yet retained his clerical position as a means of spreading his opinions and influencing people, an attempt to challenge a religious tradition from the inside, or to strip Christianity of what is deemed unessential leaving a weak-sauce humanism. A quick Wikipedia search on Halloway describes him as “having taken an agnostic worldview… has become increasingly radical and has described himself as “after-religionist.” I was reminded of the “Three Pale Men” from C. S. Lewis’s Pilgrim’s Regress, who offer John, the protagonist, some shelter:

Mr. Neo-Angular: “You will fare badly here. But I am a Steward, and it is my duty according to my office to share my supper with you. You may come it.”

Mr. Neo-Classical: “I am sorry that my convictions do not allow me to repeat my friend’s offer. But I have had to abandon my humanitarian and egalitarian fallacies.”

Mr. Humanist: “I hope that your wanderings in lonely places do not mean that you have any of the romantic virus still in your blood.”

They sit and till a patch of soil that is too thin and weak to grow anything but a few rotting potatoes, symbolizing the over-diluted nature of their modern philosophies. 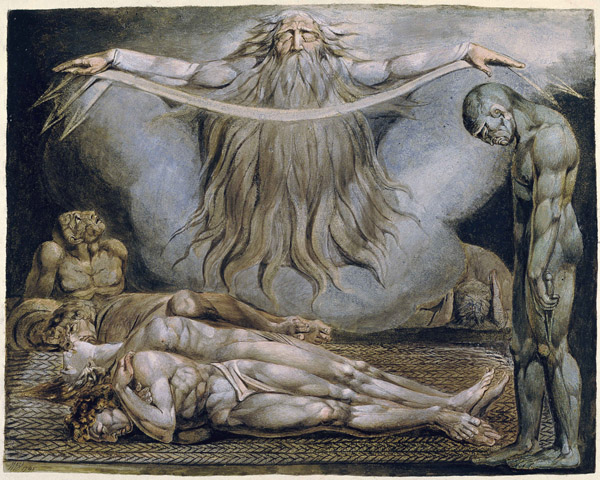 And, I have to admit, that is in part what you will find here if you are a member of a rich religious tradition. The book, however, does have its merits. Halloway is attempting to create a space where we can engage in ethical discussions and all be on the same page in a pluralistic society. Too often if our political and ethical debates, we are talking over one another. We don’t have the same set of assumptions or values, and we de-humanize those with whom we are talking. Political discourse today is composed of a series of echo chambers, not really engaging with those from the other side in any meaningful way. I appreciate the attempt to revive true discussion, seeking to understand the values of those with whom you disagree.

But creating this space doesn’t mean we have to sacrifice our own moral systems. Halloway admits this, but he speaks rather condescendingly to those who choose to remain in what he calls “intact moral communities”:

People have the right to opt for what is called an intact moral community, if they want to. An intact moral community is a body, such as a religious group, that chooses to maintain an existing tradition in its entirety, in spite of the critical erosions of time and change upon it. Choosing to submit to an intact moral system is one way of avoiding the pain and expenditure of time that moral dilemmas place us in. We rarely reach final, universally compelling conclusions in moral debate, but we do have to make decisions for our own lives and the lives of others. The root meaning of the word ‘decide’ suggests the activity of cutting through, rather than painstakingly unravelling, a tangled knot. One way of dealing with moral complexities is to opt into a system and let it decide for us. This does not deliver us completely from intellectual argument, however, because we will continue to live in a larger culture that embraces a number of other moral approaches, but our act of submission to a particular system removes moral uncertainty from our lives by transferring it to an external authority whose judgements we obey. In other words, opting into an intact moral community will not deliver us from the pains of disagreement with others, though it may, as a decision in intellectual economy, release us from personal doubt. There may be friction with other intact moral communities that operate from different premises, and there will be certainly conflict with groups that maintain an open approach to disputed questions.

That description perhaps fits Mormons to a T. He makes religious persons sound weak, because they have chosen to outsource their morality to authority figures. I admit that this is often done. To use some lingo from another book I just read, Halloway is describing a Stage 3 faith where religion is used as a source of identity and authority. Halloway himself speaks somewhere between a Stage 4 and Stage 5 faith that recognizes inconsistencies within belief systems and seeks to live in the reality of paradox.

I like that Halloway expects a lot of people. If we were to attempt to implement Halloway’s system, people would have to respect others’ differences of opinion, and they would have to give up easy solutions to moral dilemmas. Both of these are often not the case on both the right and the left.

Some may immediately accuse Halloway of moral relativism. I was concerned about that as well. One of his first chapters is called “Ethical Jazz.” You are meant to improvise in the realm of ethics. Ethics is more often than not a choose between good and evil, but a choice between competing goods, and there has to be room for sway in one direction or another. Halloway seeks to distinguish his approach from moral relativism:

The situation of moral pluralism is not at all the same thing as absolute moral relativism. We can acknowledge and even celebrate the fact of different moral systems, without falling into the trap of believing there are no moral principles that help us to define what it means to be human. The challenge that faces us is to separate the basic principles that might help to guide us through what has been called the moral laze from the kind of absolute systems that claim to know the right answer to every moral dilemma that faces us.

I appreciate this approach, and I think it challenges both religious and non-religious folks to take ethical dilemmas seriously. He challenges relgious folks to not be morally condescending to those who are not:

Religious moralists, in practice, flit between empirical and absolute justifications for their assertions, moving from the former to the latter when the argument is going against them…
That is why the use of God in moral debate is so problematic as to be almost worthless. We can debate with one another as to whether this or that alleged claim genuinely emanated from God, but who can honestly adjudicate in such an Olympian dispute?

Halloway proposes several solutions to ethical issues in the public square from sex education, gay marriage, abortion, and drug legalization. In all cases, he suggests leaving ethical choices to individuals within a few clearly defined boundaries. Traditionalists will probably gripe more than others at these solutions. But i he does try to examine the values at stake at all positions involved, and seeks to find a responsible compromise. He never simplifies matters, he is very compassionate, and seeks to engage in a wrestle rather than retreating into pre-packaged solutions.

Despite his attempt at playing fair, Halloway clearly has some beef with traditional religious groups, and describes them as essentially power structures. He gets many of his ideas from Nietzche that I wholeheartedly disagree with e.g.

From a psychological point of view ‘sins’ are indispensable in any society organized by priests: they are the actual levers of power, the priest lives on sins, he needs the commission of sins’… Supreme law: ‘God forgives him who repents’– in plan language: who subjects himself to the priest.

And it is from this strand that Halloway pulls most of his criticisms of traditional religion from. Chesterton has my favorite response to Nietzche:

If we said what we felt, we should say, “So you are the Creator and Redeemer of the world: but what a small world it must be! What a little Heaven you must inhabit, with angels no bigger than butterflies! How sad it must be to be God; and an inadequate God! Is there really no life fuller and no love more marvelous than yours; and is it really in your small and painful pity that all flesh must put its faith? How much happier you would be, how much more of you there would be, if the hammer of a higher God could smash your small cosmos, scattering the stars like spangles, and leave you in the open, free like other men to look up as well as down!”

But there are plenty of moments when I find Halloway to be profound. I like it when he acknowledges the need of authority to maintain moral systems and not devolve into moral relativity:

For moral systems to work, we have to accord them some kind of authority over us. The dilemma is that they then work too well, so that reforming them becomes difficult. But this, paradoxically, is a sign of their effectiveness. If they could be overturned without much of a struggle, they would lack the very authority they need if they are to condition us into some kind of conformity. Moral change is always bound to be contentious, though it seems to characterize human history. There are always those who defend the status quo, because it provides stability and continuity, and there are always those who push against it, because they experience it as morally stunting and imprisoning.

In this respect, I believe we shouldn’t try to undermine traditional sources of authority, but we should try to teach people to approach them in more nuanced ways.

I like his challenge to all to stop advocating for moral positions from dogma, whether it be political or religious, and engage in the reality of moral dilemmas:

“For a moral judgement to be respectable, it must have something to say about just why a supposed wrong action is wrongful. If it fails to meet this test it is a preference and not a moral judgment at all.”

I like his advocacy for a morality based on moderation as well as consent that works well for adding nuance to competing values:

In the sense defined by Aristotle, a virtue is a mean between two extremes of a good thing. There can be no virtue of an activity that is clearly wrong in itself, such as murder. Virtue applies to things that are good in themselves or morally neutral, but which we can easily abuse, if we are not careful. Virtue lies in finding the mean, the balance, between the two. The virtuous person lives a balanced life.

The book is well-written and gives a very ambitious vision of what ethical discourse could be. Despite disagreeing with him on religion and on some of his proposed solutions, but I find his approach to be refreshing. Which is exactly the point of the book.