I wanted to piece together some thoughts surrounding the Church’s newly minted ministering program that coalesced this past week after my stake conference. To me the spirit of ministering is profound: to care about another person to the point that you become a part of their life. I loved the way that President Jean Bingham explained it in her talk:

To some, this might seem to be a watering down process of the old home and visiting teaching programs; now instead of centering around teaching a principle in some form or fashion in a formal sit-down appointment, walks, game nights, and double dates could all potentially “count” towards our ministering efforts. But that isn’t it, and it definitely isn’t watered down. Ministering is supposed to be more than just a lesson. It needs to eventually become true friendships rather than just names on a slip of paper that we try to visit once a month. I was reflecting on all my previous home teaching experiences– both as home teacher and home teachee– and rarely did they develop past an awkward or forced visit once a month. As a kid, I remember them being absolutely painful to sit through! I hope we take this new change as an invitation to change ourselves and how we approach this key aspect of the gospel. I liked Elder Holland’s challenge:

Brothers and sisters, we have a heaven-sent opportunity as an entire Church to demonstrate “pure religion … undefiled before God”—“to bear one another’s burdens, that they may be light” and to “comfort those that stand in need of comfort,” to minister to the widows and the fatherless, the married and the single, the strong and the distraught, the downtrodden and the robust, the happy and the sad—in short, all of us, every one of us, because we all need to feel the warm hand of friendship and hear the firm declaration of faith. However, I warn you, a new name, new flexibility, and fewer reports won’t make an ounce of difference in our service unless we see this as an invitation to care for one another in a bold, new, holier way, as President Nelson has just said. As we lift our spiritual eyes toward living the law of love more universally, we pay tribute to the generations who have served that way for years. Let me note a recent example of such devotion in hopes that legions more will grasp the Lord’s commandment to “be with and strengthen” our brothers and sisters.

Elder Holland’s pretty much saying, “why haven’t you got it yet? Do you get it now?” Home teaching, and now ministering, is meant to be Zion in miniscule– truly learning how to care and love others. Sharing their burdens, crying with them, laughing with them, sharing and growing together. We need to have more shared spiritual experiences with each other rather than more forced interactions, and this is the catalyst to make that happen.

We had stake conference just two weeks after general conference, and our stake president did a wonderful job helping us members catch a vision of what ministering can become. One aspect that stuck out to me was a lesson he mentioned from a training at the hospital where he works as a doctor. The lesson explained that in our hurried lives where we just need to get things done, we often reduce people to objects, and they can be classified in three difference ways: (1) vehicles to accomplish something we need, (2) obstacles to something we need, or (3) simply irrelevancies. A quick Google search after the meeting showed that these concepts originated from the Arbinger Institute. I know the Arbinger Institute from their excellent book Bonds of Love. I found an excerpt from their blog that goes into more detail to what my stake president explained:

Our mindset connects or disconnects us with others—there are a number of ways we can “see” others from an inward mindset. Traditionally, Arbinger has categorized these three ways of seeing others as obstacles, vehicles or simply irrelevant.

When I’m seeing someone as an obstacle, I see them as “in my way”, or as a hindrance to what I’m seeking to accomplish. When I’m seeing someone as a vehicle, I use them to get me what I want, or where I need to go. They might have information or connections that are valuable to me, so I “play nice” until I get what I want. When someone is irrelevant to me, I don’t care about them and likely don’t allow their humanity to impact me in any way.

All three of these labels are ultimately ways that I objectify others. When I’m seeing someone as an obstacle, vehicle or irrelevancy, I’m not seeing them as a human being with needs, concerns, hopes and fears similar to my own. Think of someone who you struggle to see as a person. Perhaps they get on your nerves frequently, or perhaps you avoid them at all costs. This person might be a coworker, a family member, a neighbor—someone with whom you feel your relationship could improve. How do you see this particular person? Are they often an obstacle? A vehicle? Mostly irrelevant?

This is the problem that I think ministering should help us overcome. How can we truly connect and build eternal relationships if we can’t see our brothers and sisters as people, with their own real problems, dreams, and aspirations?

I have been reading a fan fiction based on the Harry Potter series these past few weeks if you’ve read any of my book reviews. My key complaint about the series is the cold and impersonal nature of this version of Harry Potter. While his logical approach to magic creates a lot of fun, he doesn’t strike me as a person worth emulating because he doesn’t seem to care about other people. He uses a dark sarcasm, and he doesn’t seem to be sensitive of other people at all. I want to share two examples: one that is a little more light-hearted, and another that shows just how dark Harry Potter can be. When Harry first encounters Hermione Granger, he phrases it in some familiar video game lingo:

“Ah, so you’re a first-year girl named Hermione Granger,” said that young, muffled voice. “On the train to Hogwarts, no less.” The boy started to walk towards her and her compartment, and his trunk slithered along after him. “Technically, all I needed to do was look for you, but it seems likely that I’m meant to talk to you or invite you to join my party or get a key magical item from you or find out that Hogwarts was built over the ruins of an ancient temple or something. PC or NPC, that is the question?” 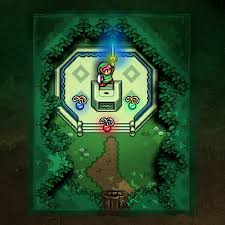 In online games, you can interact with other players (player-controlled or PC) or computer generated characters (non-player controlled or PCs). The question “PC or NPC, that is the question” gave me a laugh, but the implication is a little unsettling; are there actually people that Harry treats as NPCs? The answer unfortunately is yes. In a later chapter, Harry lectures Professor McGonnagall on roles that we play and reduce ourselves to. Because McGonnagall plays the role of a strict disciplinarian, she has limited her ability to reason and see completely clearly. Those around him are all living in bubbles, confining themselves to the narrow limits of a pre-proscribed role. The implications of this viewpoints are expressed when Harry visits the Wizengamot:

Not among the rising half-circles, but off to one side among a raised arc for the spectators, next to a witch in pointed hat whose face is lined with apprehension, there sits a boy dressed in the most formal black robes that he owns. His eyes are green ice and abstraction, and he hardly glances at the Lords and Ladies as they bustle in. To him they are just a collection of murmuring plum-colored robes to decorate the wooden benches, visual background for the scene of the Most Ancient Hall. If there is an enemy here, or something to be manipulated, it is merely “the Wizengamot”. The wealthy elites of magical Britain have collective force, but not individual agency; their goals are too alien and trivial for them to have personal roles in the tale. As of now, this present time, the boy neither likes nor dislikes the plum-colored robes, because his brain does not assign them enough agenthood to be the subjects of moral judgment. He is a PC, and they are wallpaper.

I consider this Harry’s fundamental flaw. While we perhaps don’t base our actions on role theory, we too can easily slip into a similar pattern of behavior where we view others as NPCs: as vehicles, objects, or irrelevancies to our own ends. I think ministering is a first step in helping us build true relationships built upon covenants to mourn with those that mourn and comfort those that stand in need of comfort.   This will help us come to recognize when others are in need and to practice serving one another.  It will help us get past the “is there anything we can do to help you?” at the end of a home teaching lesson.  It will help us keep others in our minds, and perhaps require us to cut back on some time-fillers in our lives.  This will require more than being Facebook friends with your ministering families, but even that is a start.

Other books I would highly recommend if you want some ideas in your ministering efforts:

Bonds That Make Us Free by Terry Warner