Opposition is a familiar concept in Mormon doctrine. Lehi teaches that “For it must needs be that there is an opposition in all things.  If not so, my firstborn in the wilderness, righteousness could not be brought to pass, neither wickedness, neither holiness nor misery, neither good nor bad.  Wherefore, all things must needs be a compound in one.”

We tend to focus on the first part of this scripture.  Where there is good, there is also going to be bad.  And we need bad to experience good.  But what about the second part? What does it mean that they are compound in one?

Part of the answer is indeed, that the bitter is necessary to truly appreciate the sweet.  But There are often more complexities in life than these two.  I’m not trying to teach some version of moral relativity.  But I think there are different sources of good that can superficially seem in conflict with each other. 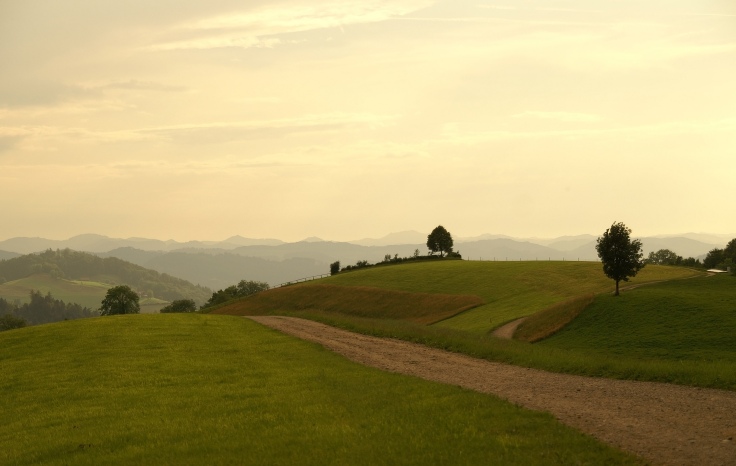 This was a central theme in the biography of Henry Eyring Mormon Scientist.  The book is organized into chapters each dealing with a seeming paradox: humility and confidence, creativity and discipline, freedom and obedience.  Both are principles of the gospel.  Each can be overemphasized or deemphasized in turn.  But each is important and can’t be truly appreciated without the other.  This often can’t be simplified to choosing between God and Mammon.

For one example, I experienced this a while back as I began to be more aware of events in Church history.  I was used to the devotional nature of Church teachings.  These were teachings that gave me strength, that increased my faith, that wanted me to do better.  But I grew older, through interactions with others and books I read, I became aware of another lens through which to view the Church and its teachings, a historical lens.  There are uncomfortable truths to grow accustomed to in Church history.  I appreciated the claims of both sources of truth.  At times, I felt like I was trying to pull off a version of doublethink, a version of social control explained in Orwell’s 1984:

“To know and to now know, to be conscious of complete truthfulness while telling carefully constructed lies, to hold simultaneously two options which cancelled out, knowing them to be contradictory and believing in both of them, to use logic against logic, to repudiate morality while laying claim to it, to believe that democracy is impossible and that the Party was the guardian of democracy.  To forget, whatever it was necessary to forget, then to draw it back into memory again at the moment when it was needed, and then promptly to forget it again, and above all, to apply the same process to the process itself.”

We are often taught that there can be no shared allegiances in the gospel, no competing claims to truth.  In James, the Bible says: “Ye adulterers and adulteresses, know ye not that the friendship of the world is enmity with God?  Whosoever therefore will be a friend of the world is the enemy of God.”  You can lump a lot of stuff as “the world” and therefore an enemy to God.

But I believe that we can reconcile both perspectives in our lives and therefore live in harmony with God, with our conscience, and our logic.  I recently heard this great explanation of balancing tensions in a podcast on LDS Perspectives:

“In the first four chapters of the book, Terryl highlights paradoxes—four of them, specifically—or tensions that exist between gospel principles that appear to be in contrast to each other.  Hence, they’re called paradoxes.

“For example, he speaks of authority versus freedom, the tension that exists between the great emphasis placed on individual agency, on the one hand, and church authority and prophetic priesthood on the other.  Although it is a human tendency to want to resolve tensions, what Terryl argues is that our objective should be to find balance in these tensions, as opposed to resolution.  The tension, the paradox, the co-existing poles of the two sides, are part of our experience in the gospel, and working through them is what can be ultimately sanctifying.  Tension is not the problem; imbalance is the problem.”

This isn’t a new gospel principle.  For one, Lehi taught it over 2000 years ago!  But I think the perspective helps.  One of our Articles of Faith states: “If there is anything virtuous, lovely, or of good report or praiseworthy, we seek after these things.”  We seek for truth, regardless of its source.  The Spirit testifies of truth, regardless of where we find it.  It isn’t always a top down approach, direct from heaven, an angel is testifying to you. 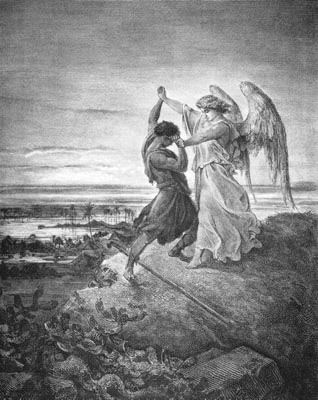 Joseph Smith himself didn’t receive the restored gospel in this way.  Terryl Givens put it this way: “His prophetic vocation… involved visions, borrowings, re-workings, collaborations, incorporations, pronouncements, with false starts, second-guessings, and self-revisions… His self-understanding as a prophet included the ever present struggle of his own fallibility, and the need for intellectual struggle, an indebtedness to other flawed but gem-laden religious traditions, and inspiration as a continual wrestle with heavenly powers.  He saw himself as neither the deluded charlatan of his detractors nor the air-brushed Moses of his latter-day adherents.”

May we all continue to seek after truth.

P.S. Something else I was thinking to include but didn’t from “The Fate of Reason”

There were two opposing camps at the turn of the 18th century with different views on the role of reason.  The rationalists believed that reason could be used to explain everything, including religion, morality, and the state.  The fideists believed if you followed reason to its logical conclusion, it would destroy belief in God, corrupt morals, and ultimately nihilism.  Another example of two opposing forces: faith and reason.

“Even our allegiance to reason is an act of faith.  All demonstration has to stop somewhere because the first principles of demonstration are themselves indemonstrable… All belief that cannot be demonstrated is faith.”